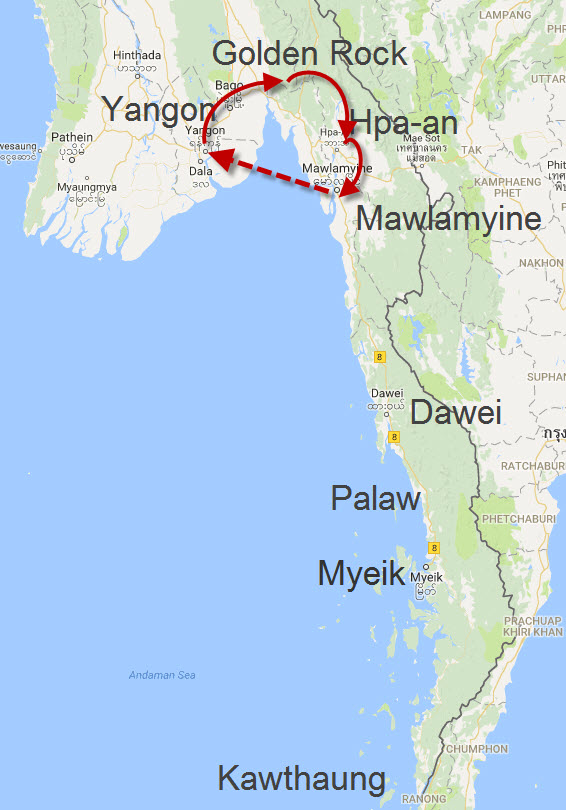 This Golden Circuit 5 days/ 4 nights Overland Safari trip will bring you exciting adventure in to the undiscovered heart of Myanmar that you will be delighted and surprised.

Taking in the awe-inspiring Golden Rock, the sublime karst landscape around Hpa-An, the historic city of Mawlamyine, and some off-the-beaten-track seldom-visited places.

This trip takes in the diverse highlights south of Yangon, with an optional extra adventure.

Starting and ending in Yangon over 5 days.